It’s been a few weeks since I’ve posted. I meant to write again sooner, but all of a sudden I woke up and it was mid-October and I still had 5 Halloween costumes to make, so I’ve been busy with that.

Sewing is a hobby I’ve picked up out of necessity. My kids go to bed early and Sweet Baby Ray gets home from work late, so that’s a lot of idle time in the evenings. And idle time means idle hands. And you know what they say about idle hands. Idle hands eat a heck of a lot of Reese’s Peanut Butter Cups.

So here we are. I enjoy sewing, and I’m slowly getting better at it.

I’m slowly gaining a new skill set while I’m quickly losing all my old ones.

A few weeks ago I attempted to look over and talk through a business plan with someone. I say “attempted” because I had to ask for clarification or repetition no less than twelve times. The reasons for this varied. A few times my mind had simply wandered to other things, like what time I needed to put that chicken in the oven or what the real lyrics to Mmm Bop are.

Mostly, I just couldn’t make my mind keep up. I used to be able to follow along with this kind of thing but these days terms like “cash injection” literally made my brain stop functioning in all other facets while I tried to comprehend what those two words meant.

I’ve never had much of a mind for finance to begin with — I’m better at creative things — but this was a new low for me. Even lower than having to repeat the same algebra class for three straight semesters in college, which for the last 15 years has held that record.

It’s like certain parts of my brain have just straight up atrophied since having kids. “You’re tired”, you say. “You’re stressed. You have three kids under 4, you have a lot on your plate.” Sure, sure, that’s all true. But I’ll tell you what the real problem is.

The real problem is this:

I pulled this plastic propeller from the depths of my back seat  … Rescued it from certain death among month-old apple cores and forgotten crayons and broken dreams of a somewhat sanitary automobile. And I knew the minute that my fingers closed around it that it belonged to a bin of Magna Tiles my children received last Christmas, I knew who gave us those magna tiles, and that the propeller can be used to construct exactly two of the six different vehicles spelled out in the instructions.

The problem is this: 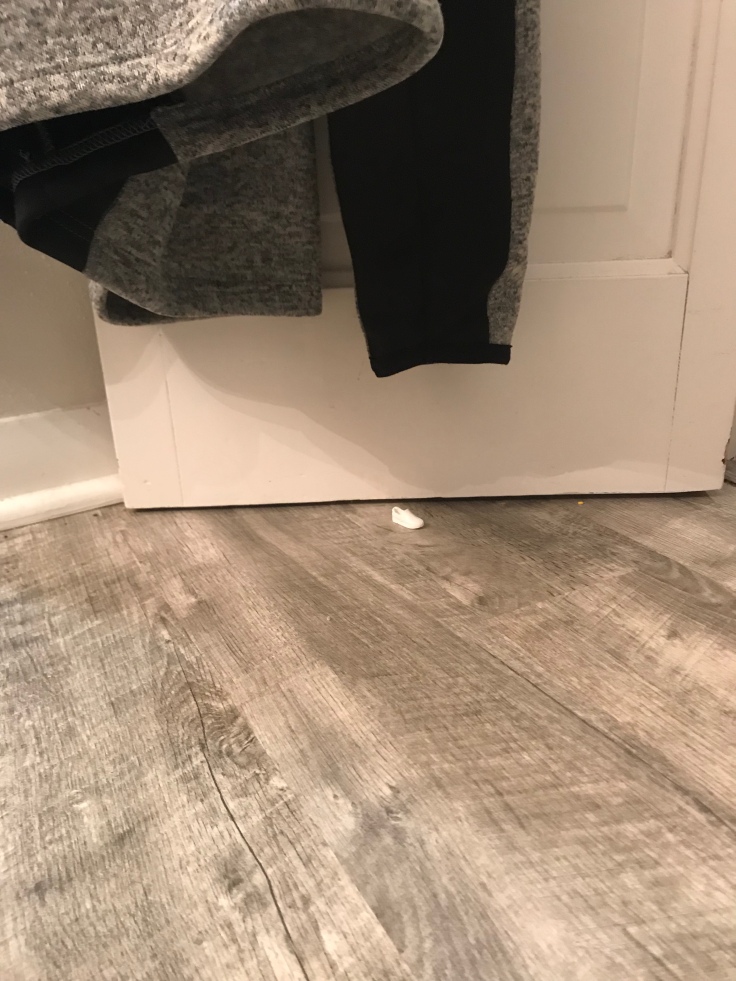 This tiny, tiny white plastic shoe belongs to the Barbie that Evelyn got from Grandma and Grandpa for her birthday, and it had been missing since 4:16 on October 8th until today when it fell out of the depths of her car. Barbie and I have something in common afterall.

Maybe I know these things because I had to keep track for thank-you-note purposes.

Then again, I can also glance at this from across a room and tell you that it’s a seat for the Calico Critters school bus.

I can tell you that the school bus is currently high on a shelf in Evelyn’s closet because it’s the toy that she and Alex are having an especially hard time sharing these days.

For that matter I could sing you the Daniel Tiger song about sharing, probably backwards and probably in my sleep. 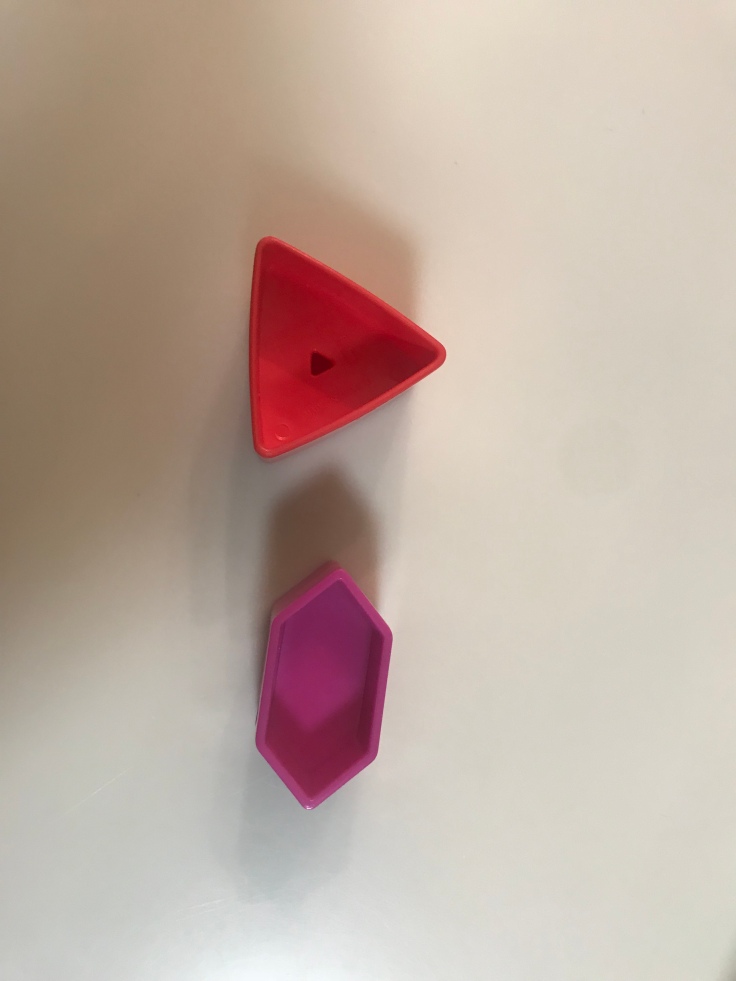 This ability to correctly identify plastic junk is currently my most valuable skillset. Look out world.

At least I know it’s valuable to my 4 year-old who asks were the “sponge for that toy horse I got from that hardware store last year is” and I can recall with photographic accuracy that Alex stashed it here: (nestled on the leaf of a plant slowly dying of root rot because keeping plants alive has NEVER been a skill of mine)

It’s also what’s kept that sponge from getting thrown away on multiple occasions along with the scraps I’m constantly cleaning off the floor.

Someday I’ll be good at other things again. Someday my vocabulary will extend beyond Love & Logic empathetic statements and FRIENDS quotes garnered from hours upon hours of mindless Netflix while folding laundry.

But in the meantime, in the off chance you catch me out without children and engage me in conversation, please don’t be offended if my eyes glaze over and I have to ask you to repeat the entire thing. It’s just that it’s so rare that I have a conversation not peppered with —  “Mom! Mom! Mom! I need to tell you something super important!” — that I’ve lost the ability to listen in intervals longer than 60-seconds.

I’m working on getting that back. I’m also still working on these Halloween costumes in hopes my kids will have something to wear trick or treating. That is one event I can’t have them missing. They’re under strict instruction to take only the Reese’s peanut butter cups.